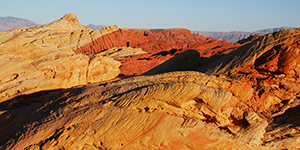 Decades of research on earthquakes have yielded meager prospects for earthquake predictability: we cannot predict the time, location and magnitude of a forthcoming earthquake with sufficient accuracy for immediate societal value. Therefore, the best we can do is to mitigate their impact by anticipating the most “destructive properties” of the largest earthquakes to come: longest extent of rupture zones, largest magnitudes, amplitudes of displacements, accelerations of the ground. This topic has motivated many studies in last decades. Yet, despite these efforts, major discrepancies still remain between available model outputs and natural earthquake behaviors. Here we argue that an important source of discrepancy is related to the incomplete integration of actual geometrical and mechanical properties of earthquake causative faults in existing rupture models.

Our group has been among the pioneers to show that faults are 3D features, systematically embedded in a permanent damage zone where crustal rocks are intensely faulted and hence are compliant. Faults also are systematically segmented laterally in a generic manner, and this segmentation divides their planes and produces strength and stress heterogeneities in a deterministic manner. As faults grow over the long-term and become more “mature”, some of their properties evolve: the damage zone enlarges and its compliance increases, the fault segments become more tightly connected, the fault plane roughness decreases as might also do the fault friction. All these fault properties and their changes in relation to fault maturity markedly modify the earthquake behavior. In particular, earthquakes on mature and immature faults produce different amplitudes of slips and ground motions, whereas earthquake slips and speeds are systematically largest on the most mature sections of the ruptured zones.

These intimate connections between fault and earthquake properties mean that a synoptic understanding of earthquake mechanics cannot be successful until it more fully includes actual fault properties. This is not done at present, as most current earthquake models either ignore fault properties or oversimplify them. We thus aim to take benefit of the fault data and knowledge we have gained in the last decades, and of our strong experience in earthquake modeling, to develop a new generation of rupture and ground motion (GM) models, based on a novel paradigm: 3D fault zones with generic macroscopic properties (especially permanent damage and lateral segmentation) whose inhomogeneous and anisotropic characters evolve depending on both overall and along-strike fault maturity. Furthermore, since most major fault properties are deterministic, even generic, they must result from some common, scale-invariant physics. The understanding of that physics should advance generic earthquake and GM models that could be run for the vast majority of faults and earthquakes worldwide. These new models should thus open a novel avenue in earthquake modeling.

We first aim to document the compliance of rocks in natural permanent damage zones. These data –key to earthquake modeling– are presently lacking. A second objective is to introduce the observed macroscopic fault properties –compliant permanent damage, segmentation, maturity– into 3D dynamic earthquake models we have developed in prior works. A third objective is to compute Ground Motions (GM) from these new fault-based earthquake models and propagate them into non-linear media, using codes that we have developed. A fourth objective is to conduct a pilot study aiming at examining the gain of prior fault property and rupture scenario knowledge for Earthquake Early Warning (EEW).