INPOP and the Search of the Planet P9 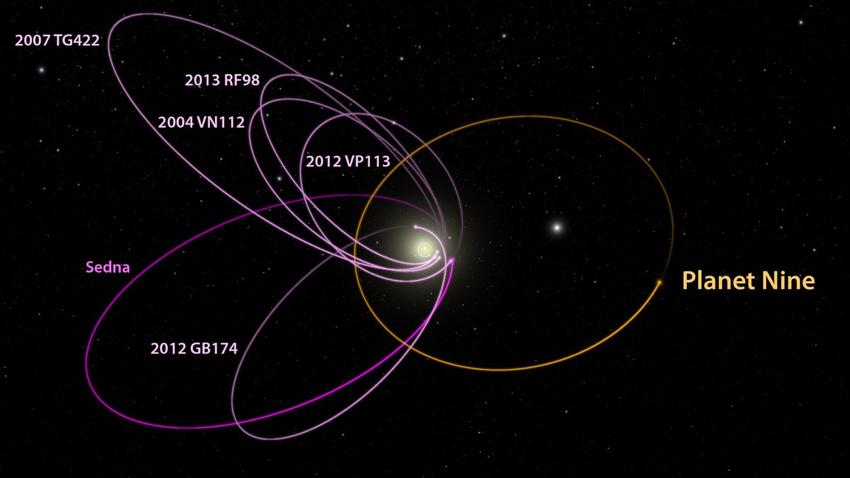 To explain the unusual distribution of Kuiper Belt objects, several authors have advocated the existence of a super-Earth planet in the outer solar system.

It has recently been proposed that a 10 M⊕ object with an orbit of 700 AU semi major axis and 0.6 eccentricity can explain the observed distribution of Kuiper Belt objects around Sedna. Here A. Fienga, J. Laskar and their teams use the INPOP planetary ephemerides model as a sensor for testing for an additional body in the solar system.

We test the possibility of adding the proposed planet without increasing the residuals of the planetary ephemerides, fitted over the whole INPOP planetary data sample. We demonstrate that the presence of such an object is not compatible with the most sensitive data set, the Cassini radio ranging data, if its true anomaly is in the intervals [−130°:−100°] or [−65°:85°]. Moreover, we find that the addition of this object can reduce the Cassini residuals, with a most probable position given by a true anomaly v=117.8°(+11°/-10°).