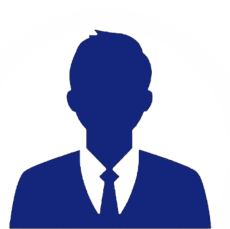 The generation of intense magnetic filaments resulting from the transverse instability of a weakly nonlinear dispersive Alfvén wave is demonstrated using the Hall-MHD description. The relevance of this mechanism for the formation of the elongated coherent structures observed in space plasmas such as the magnetosheath is speculated.

We discuss in this paper a nonlinear-wave process leading to the formation of coherent structures of the type of magnetic filaments, that could arise in space plasmas. We take as an example the terrestrial magnetosheath, a region located between the bow shock and the magnetopause which separates the interplanetary medium dominated by the solar wind from the magnetosphere where the terrestrial magnetic field is dominant. The dynamics of the magnetosheath is of special importance in that it may affect reconnection and transport at the magnetopause and thus permit the penetration of solar wind particles into the earth environment (Belmont and Rezeau 2001).

Several kinds of waves (Alfvén and/or ion-cyclotron waves, mirror modes, whistlers, ion acoustic waves) are observed in the magnetosheath (see Denton 2000 for a recent review). When concentrating on regions close to the magnetopause, observations have evidenced the presence of high-level Alfvénic fluctuations whose spectrum exhibits a power law behavior, indicative of a turbulent regime (Rezeau and Belmont 2001). This spectrum extends up to and even beyond the proton gyro-frequency, making ideal MHD inappropriate. Ion inertia has to be retained and it is usually believed that Hall-MHD provides a reasonable description of this medium characterized by a parameter

of order one, despite its collisionless nature. The Hall effect allows reconnection of magnetic field lines, with great consequences for the exchanges between the solar wind and the magnetosphere. It also makes the Alfvén waves dispersive, thus permitting the development of new instabilities of modulational type. We here concentrate on the transverse instability of circularly-polarized monochromatic Alfvén waves propagating along the ambient magnetic field, that are exact solutions of the Hall-MHD equations. These solutions display some similarities with large-amplitude quasi-monochromatic circularly-polarized waves observed in the Earth or the Jupiter foreshock regions (Tsurutani et al. 1983, Goldstein et al. 1983, Spangler et al. 1988). Note that the phenomenon of filamentation initiated by the transverse instability of weakly nonlinear dispersive waves is a generic process that applies as well to ion-cyclotron or whistler waves.

of the plasma is larger or comparable to unity, a regime where the decay instability is negligible. In three space dimensions, it generically leads to the formation of intense rope-like magnetic structures (Champeaux et al. 1997). In a small-amplitude asymptotics, the wave envelope obeys a two-dimensional nonlinear Schrödinger equation whose solutions blow up in a finite time. At the level of the Hall-MHD equations, this ``wave collapse'' corresponds to a gradual concentration of the wave energy into intense magnetic filaments parallel to the ambient field, as displayed in Figure 1 (Laveder et al. 2002a, 2002b). Oblique instabilities, originating from the coupling with low-frequency magnetosonic waves, becomes significant when considering long wave trains. In this case, magnetic filaments still form but are less intense and make a small angle with the ambient field (Fig. 2). Density gradients are nevertheless enhanced. For Alfvén waves of moderate amplitude (that are not amenable to an envelope description) a structuration of the transverse components of the magnetic field still takes place and, as seen in Fig. 3, leads to the formation of helicoidal magnetic filaments (Laveder et al. 2002c). The possibility for such structures to form in a regime of wave turbulence, and their effect on the spectral energy transfer is an important question that has not yet been addressed.

Note that current tubes, with a diameter comparable to the Larmor radius of the ions, were recently discovered by Alexandrova and Mangeney (2002) by analyzing data of the CLUSTER mission in the magnetosheath near the quasi-perpendicular shock. One can speculate that such structures could originate from the filamentation instability described above.

The description we used did not include dissipation. In a collisionless medium, the proper mechanisms to be considered originate from the Landau damping of the ion acoustic waves and from the ion cyclotron resonance (when considering small enough scales). A quantitative description of such effects is delicate since a fluid formalism neglecting kinetic effects is not appropriate, while the use of the full Vlasov-Maxwell equations is much beyond the capacities of the present day computers. When considering waves whose wave length is not too large compared to the ion gyro-radius, hybrid simulations which treat ions as particles and electrons as a massless fluid, are feasible and it was shown that ion kinetics play a crucial role, not only by reducing instability growth rates but also by destabilizing ranges of wavenumbers that are stable in a fluid description, especially for

of order one or larger (Vasquez 1995). This approach nevertheless fails when considering much longer waves or smaller amplitudes. It turns out that Alfvén waves propagating along a strong ambient field are amenable to an asymptotic description, directly derived from the Vlasov-Maxwell equation, when their wavelength is large compared to the ion Larmor radius and their amplitudes small enough to keep dispersive effects relevant. The resulting equation incorporates the Landau damping and finite Larmor radius corrections. In its original version (Rogister 1971), this ``reduced perturbative expansion'' was limited to spatially localized solutions. A generalization suitable to the description of Alfvén wave filamentation was recently derived (Passot and Sulem 2002) and is presently under study.