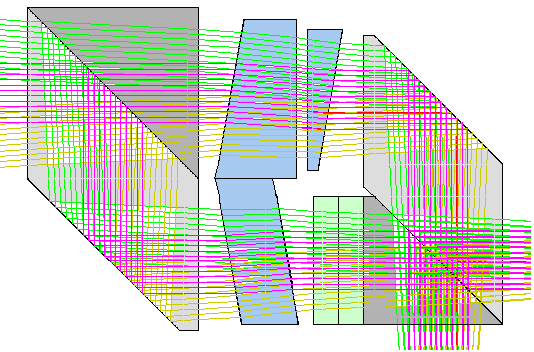 The Doppler Imager is based on a Mach-Zehnder interferometer, providing images with interferometric fringes, the phase of which gives access to the Doppler shift of solar spectral lines reflected at the surface of the planet. The instrument selects a narrow bandwidth of 1nm wide in solar spectrum at 519 nm, containing several solar lines, reflected at the surface of the planets.The Doppler shift of the spectral lines due to the motion at the reflexion on the planet changes the phase of the fringes at the output of the interferometer.

The Mach-Zehnder has an Optical Path Difference (OPD) of 5170 µm between arms, such as the sensitivity of the phase to Doppler shift of the spectral lines is maximum. On one arm of the interferometer, a quarter-wave plate introduces a phase-shift of pi/2 between the components of linear polarisation. On the other arm, a translation stage can displace a plate for a modulation of the OPD. This permits the calibration of each channel. 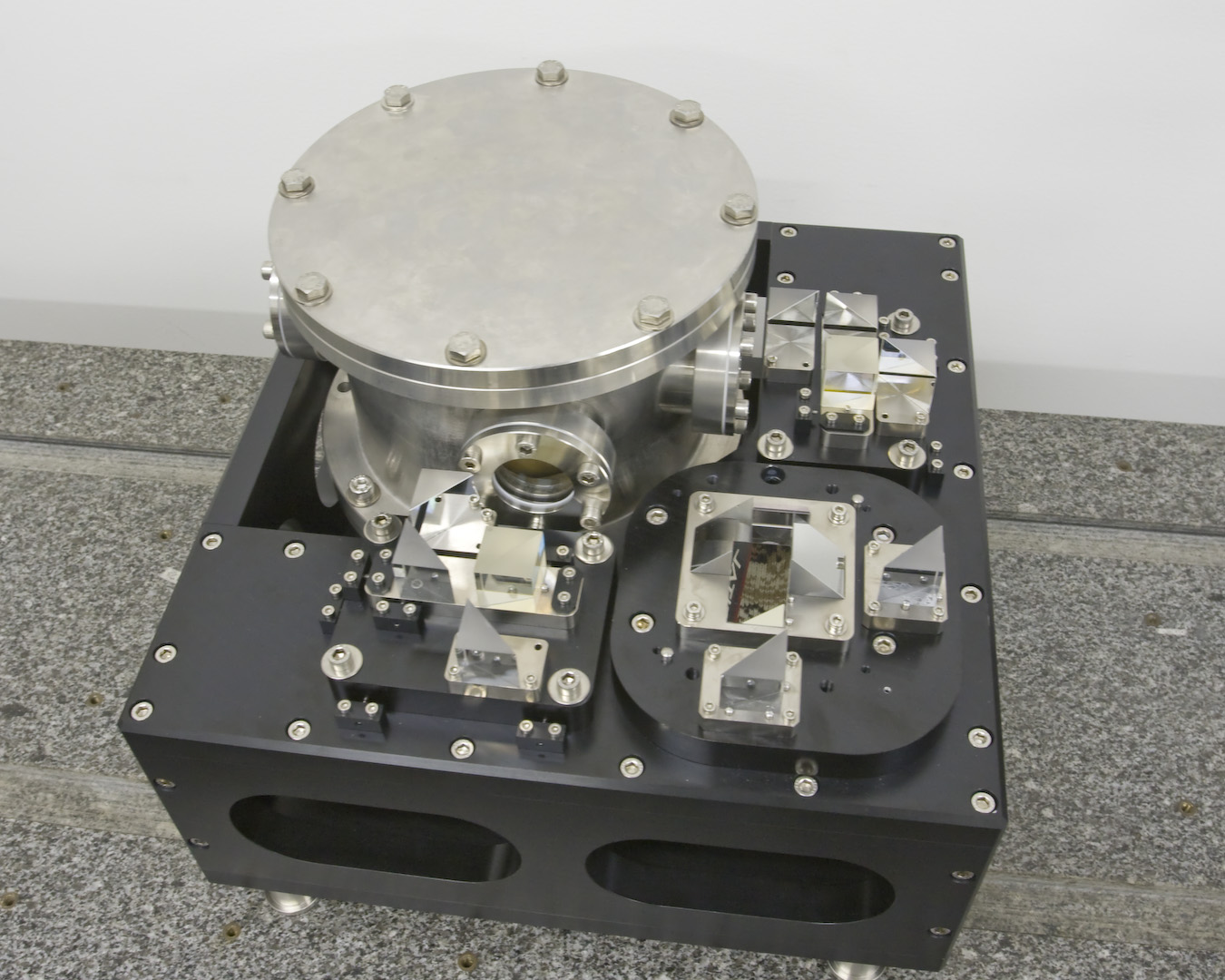 The interferometer design minimize the sensitivity of the OPD to the temperature, thanks to the different glasses of the MZ. It is also placed in a vacuum tank controlled in temperature to minimize the effect of the environment.

The telescope beam enters in the vacuum tank on the left, and the two output beams of the Mach-Zehnder come out through the windows at the center and on the left.  The two beams are separated by a polarizer beam splitter separating the linear polarization components. It provides 4 outputs with fringes in phase quadrature. The four beams are folded on to the detector, a 1kx1k CCD camera.  During the data processing, the four images are recombined together and provide an image of the target and a phase map of the fringes. The phase of the fringes is proportional the velocity of the source along the line-of-sight. 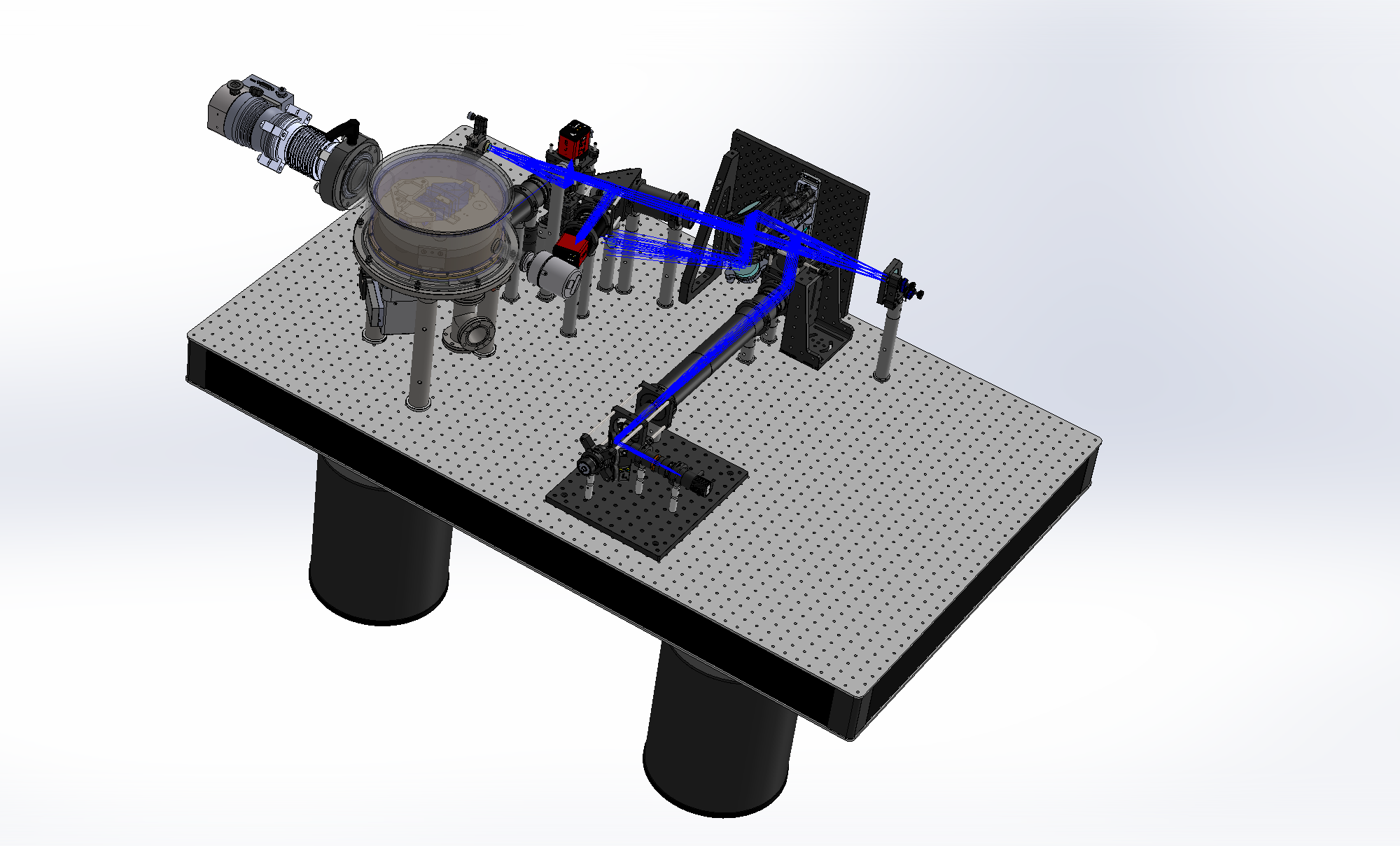 The instrument is installed at the coudé focus of each telescope through an optical interface. The interface stabilize the beam of the telescope inside the instrument thanks to a moving mirror and stabilize the image in real time thanks to a fast steering mirror. The fast steering mirror is actuated at a rate of 200 Hz in order to minimize the effect of atmospheric turbulence. An internal reference source allows calibrations and alignement of the interface.

In the future, the fast sterring mirror will be replaced by an Adaptive Optics system, composed of a Deformable Mirror (DM) from ALPAO and a Shack-Hartmann Wave Front Sensor. This will allow a partial correction of the atmospheric turbulence over the whole field of Jupiter. This system is prsently developed in the frame of the CIAO project at Calern Observatory.

Three similar instruments are installed at the focus of three telescopes seaparated in longitude by almost 120 degrees, in the Northern hemisphre. The goal of the network is to observe continuously for several weeks.  The three telescopes are located in Japan, France and New Mexico, USA.