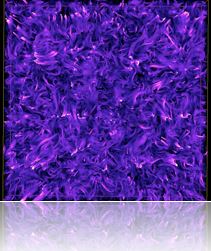 Recently risen preoccupations related to climate, meteorology, and environment increased the need for an extensive monitoring and an accurate modeling of atmospheric processes. Once confronted, measurements and predictions can sometimes differ by orders of magnitudes. This discrepancy is traditionally explained by the complexity of the models and much work has been devoted to controlling inherent uncertainties in order to provide accurate reliability estimates. However, there is today an increasing consensus on the fact that a significant part of the discrepancies is actually due to an oversimplified modeling of some of the basic physical processes occurring in the atmosphere. A key issue is related to quantifying the effect of air turbulence onto the dispersion, concentration, and interactions of suspended particles, such as cloud droplets, ice crystals, aerosols, and pollutants.

The last decade witnessed important breakthroughs in the understanding of the turbulent transport of passive tracers and of finite-size massive particles. Statistical physics and field theory have inspired the development of new theoretical tools, which, in turn, have opened the way to highly sophisticated laboratory experiments and very-high resolution direct numerical simulations. This serious attack of the problem of Lagrangian turbulence, and more widely, of the problem of turbulent transport of impurities, emphasized the far-from-equilibrium nature of such systems. More specifically, it is now clear that rare but strong intermittent fluctuations play a crucial role in determining the overall statistics. The methods and tools whose efficiency was demonstrated in this field (anomalous scaling, statistical conservation laws, large deviations, fluctuation theorems, instantons for path-integral representations, and techniques related to random chaotic dynamics) are suitable powerful candidates to provide new insights into the transport-related microphysics of the atmosphere.